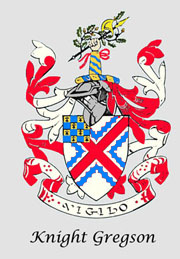 Can someone tell me when the Knight Gregsons finally sold Low Lyn? I know there had been a few auction sales where bits of the estate had sold off (1900-1930s), but it seems that they still owned it in 1950, Joy Rose, I think. Also who did they sell it to? I've heard that it was farmed by the Hopes from Dunbar. Did they buy it from the Knight Gregsons and if so, when?

In June 2005, I made contact with the daughter of Joy Rose, Anthea Wordley, who informed me that when the house was returned to her parents, after the war, it was in such a poor state of repair that it was decided to sell Lowlynn. Anthea was not aware of the name of the buyer. I searched the 'Berwick Advertiser' at the British Newspaper Library for the years 1973 to 1975. In 1973 there was an article regarding a meeting of the Berwick and Border Farmers Union and a farmer W. Curry, who was then the deputy chairman, farmed Lowlynn Farm in that year. Harold Huscroft, the gardener to the family for several decades in the early part of the twentieth century, continued to operate a market garden in the walled garden into the 1970s until he retired.

I have assumed, therefore that it was the Curry family who became the owners - but perhaps they simply leased the land.

Re: sale of Low Lyn

I know that Joy Rose was the applicant for planning permission to build 2 farm cottages at low lyn in 1957, so was presumably the ownerat that date. The currys, (walter and george) bought low lyn in 1963, they say they bought it from the Hope brothers of Dunbar. However, have seen no firm evidence of Hopes ownership......... was hoping someone on here could verify it.

Re: sale of Low Lyn